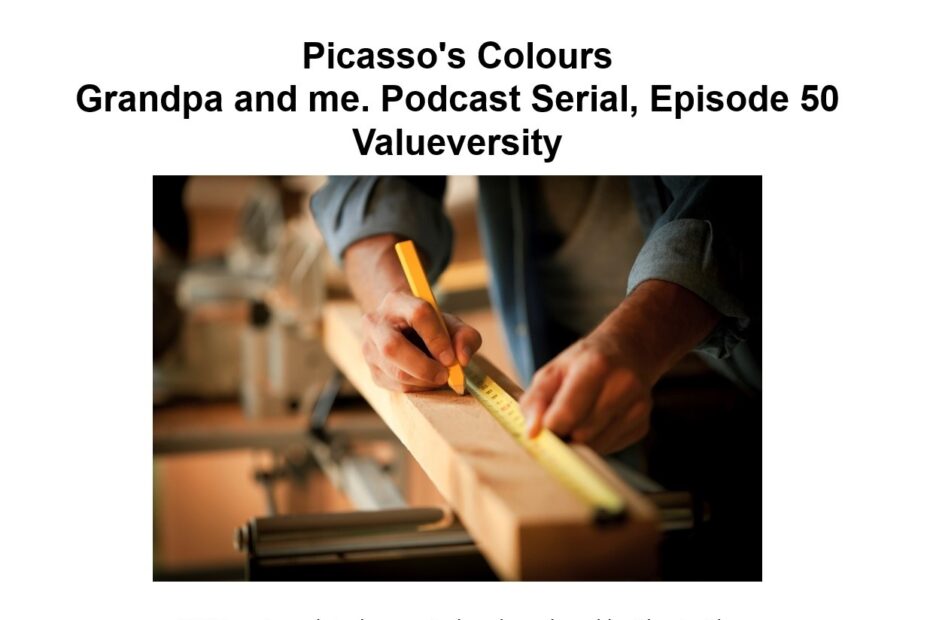 Me, Liz and even the Pelicans swimming in the pond seems to be enjoying this sunny spring day in St. James Park. Liz was wearing an old-fashioned brown long skirt and flat shoes. We were busy talking while walking on the pavement by the lake. We passed through the collection of rare trees and colourful flower beds. Liz is a slim blonde with intelligent green eyes. She teaches fine arts at UCL. Our mutual passion for fine arts is the reason for our long friendship going back to our university days. Uncle Patel was referring to his recent visit to London. He continued. When we passed through the bunch of bluebells in the shade of a tall horse chestnut tree, Liz said. Look at this blue colour of sadness. Picasso began painting in Paris in 1901, the year his friend Carlos committed suicide. This gloomy blue colour is prominent in Picasso’s paintings of this period. During the same period in his work, the faces and limbs began to lengthen. The poor people on the beach and the old guitarist are masterpieces of this era. I spoke. In 1904, he fell in love with a French model. And exciting pink and orange colours and lively scenes returned to his canvas. He painted cheerful circus scenes in those days. One critic called this period age of rose. A villager, mother and child are masterpieces of those days. As we talked, Liz and I left the park and crossed the street to the front of the mall gallery. An elegant three-story high off-white colour art gallery building. Stone carvings around pillars and wide windows. A spacious hall inside. Beautiful false ceiling and colourful painting on the walls all around. There were only two benches in the middle of the empty hall. Look at the pictures standing up and move on. We both sat on the bench for a while. Liz said. Picasso, born in Malaga, Spain, was an extraordinary artist. His style of painting is Cubism. His masterpieces such as three musicians and a crying woman are world-famous. He started his training as a fourteen-year-old. Soon he was fed up with the traditional teaching of art schools in Barcelona and Madrid. He wanted to do something new in art. This enthusiasm took him to Paris. Picasso invented Cubism with Georges Braque, and it became his identity. In this style of painting, the subject is divided into fragments. From different angles and perspectives, it is then reorganised. Later on, he combined Cubism with collage. He even mixed sand and plaster into colours. He included coloured paper and newspaper clippings in his masterpieces. “Three musicians” is a perfect example of such work. I reminded Liz. He also showed his mastery and excellence in the classical style of painting. He benefited a lot from Renaissance artists Raphael. In 1925, Picasso turned to surrealism. It’s a style of painting that has no conscious meaning. Rather, they are like a dream. Liz said. His masterpiece Red armchair is representative of this era. Minotaur also appears in many places in his paintings. A mythological creature whose body is that of a man and the head is that of a bull. He used to say that I paint what I perceive in my mind. And not what I see with my eyes. His last masterpiece was a self-portrait in the face of death. He painted around 1800 paintings. Sculpted around 1200 sculptures. His complete works are worth more than 100 million US dollars. He passed away in 1983….. To be continued