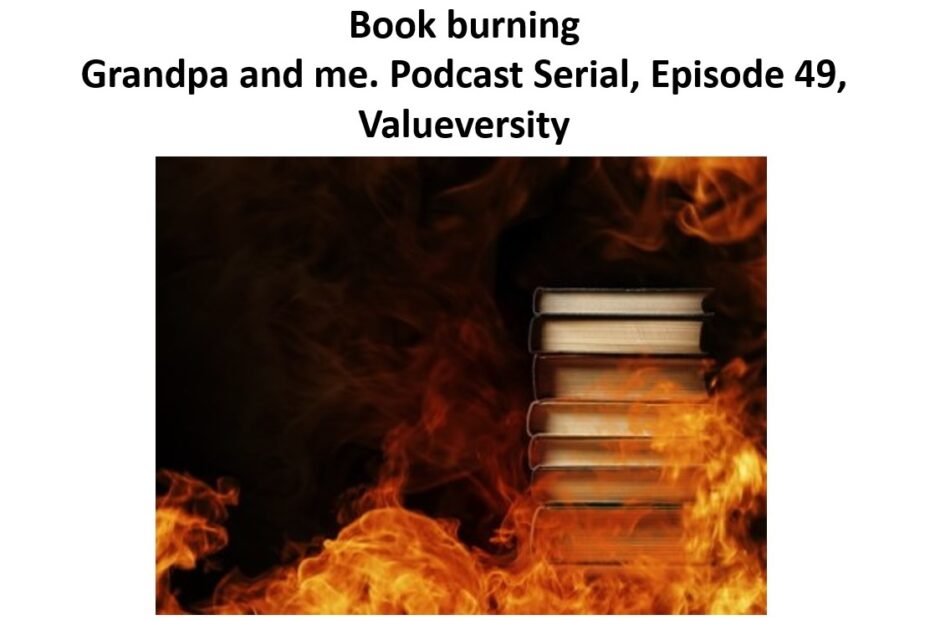 When the torrential rains subsided, the sun began to play with the clouds. When we went for a walk, there was a lush green field swaying on one side of the road and a gurgling river on the other. On the edge was a row of tall soaked trees. Yani Apa was so delightful. The Parliament had accepted the feminist law for discussion that day. I remember, she was very furious that day. When on television, hundreds of extremists burning secular books and CDs. They all were instigation by the Red mosque preacher. When I reminded her that moment, she said I don’t like extremism Mamdu. Taking religious thinking and sentiments to an extreme. This effect the common people live and sometimes destroy it. Violation of human freedom and moral values ​​is not acceptable. Grandpa joined the conversation and said. When thinking is only based on emotions and no rationality. This results first in desperation and then violence. In all times in history, extremism has led to human catastrophe. It is a big threat to our present-day world. In my view, it is a kind of fascist attitude. Groups who are weak in reasoning but power-hungry adopts such behaviour. What is fascism, Grandpa? I asked. He replied. The term began with Mussolini’s rule in Italy. He forged the paramilitary fascist movement in 1919. In this oppressive system, the power of the ruler is central. The freedom and rights of the people are secondary. Clear and understandable principles establish and maintain human society. Such as prosperity and freedom for all citizens. Religion is a source of spiritual satisfaction for an individual or a group. But the concept and path to divinity are different in all minds. Consensus on religious principles is not possible in a mixed society. And thus, it is not implementable. I asked. But why did the followers of red mosque preacher think of burning books and CDs? Grands said. You may understand better by looking at a historical example. The German poet Heinrich Hein said in 1821. You will see books burners will burn humans in the end. Only a hundred years later, this happened. Hitler ordered the confiscation and burning of all writings. Which he thought were against his national socialist agenda. Public meetings held in German and Austrian cities for this purpose. In Opernplatz Germany, groups of soldiers and students burn 20,000 books. This included books by Helen Keller, Ernest Hemingway, Karl Marx and H. G. Wells. Fascist groups seek moral and religious justification for heinous crimes. These arsonist rallies were labelled as the War on Non-German Spirit. Sanctified by calling as ceremonies of purification. There used to be street announcements. Newspapers and radio ran advertisements. After burning books in the main square. Crowds paraded through the streets chanting slogans. You are already familiar with Hitler’s crimes. The mass murder that took place after these ceremonies. So, the burning of books is a fascist attitude. Isn’t it? …. To be continued