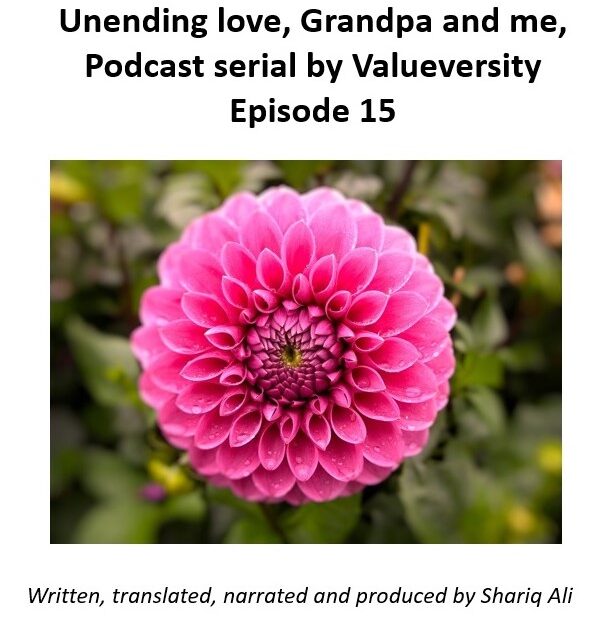 Story of a literary genius who, In addition to his many-sided literary activities, managed to establish an international seminary Santi Niketan, which brought him close to humanity

After dinner, I got into the lawn looking for Yani Apa to suggest playing Xbox with me. I saw her for some distance. She was reclining on an easy chair adjacent to the jasmine tree with a book in her hands. She looked pensive and totally immersed in the moonlight and her thoughts. Moonlight approaching through the palm leaves were making her features and the entire scene so captivating. Before I could recite her favourite couplet in my heart and would return from a distance. “I returned when I saw her lost in her thoughts. How could I break the beauty of her adorable silence” As if woke up from her dream, she closed the book and said? Come on Mamdu. Sorry I was caught up in Tagore’s poem unending love. Tell me this poem, please. I asked while sitting in the nearby chair. Bengali to English and then Urdu. Translation does not do justice to the original emotion. Anyway, here are few starting lines. ” I seem to have loved you in numberless forms, numberless times…In life after life, in age after age, forever. My spellbound heart has made and remade the necklace of songs, that you take as a gift, wear round your neck in your many forms, In life after life, in age after age, forever.” Tagore is the one who won the Nobel Prize? I asked. She said, “Yes.” He was born in Calcutta in 1861 and his first book was published at the age of seventeen. Then he studied law in England. When he returned to India in 1890, he saw the plight of the poor peasants on his father’s land. He then dedicated his entire life in alleviating the suffering by educating the farmers and the public. He founded Santi Niketan in 1901, which gradually became an international seminary. Music, painting and many practical studies were also taught there. Gitanjali was published in 1910. And the reader can see the personal grief of losing his wife and son and the love for his country and people in this remarkable book. There is also a distinct emotion of rebellion against religious extremism. he was awarded the Knighthood, which he returned after the Jallianwala Bagh tragedy four years later. Twenty-one collections of his poems and songs were published from 1916 to 1941. During all this time he was engaged in delivering lectures in Europe, America, China, etc. He died in Calcutta in 1941. Tagore’s poetry is a flowing river of classical music and spiritual purity in which the belief in human love and the praise of God is reflected in waves. Tagore was a literary genius. Simultaneously Sufi, artist, poet as well as politically and socially conscious and dynamic. About three thousand poems, two thousand songs, eight novels, forty volumes of articles and stories, and about fifty plays. In his own words, ‘The world speaks to me in colours and my soul responds to it in music…. To be continued