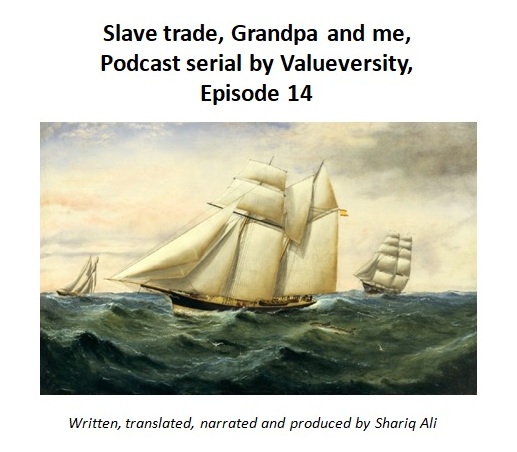 When Uncle’s servant Pari’s father agreed to an old landlord to marry her with him in an exchange for a loan, Yani Apa became furious. When I saw her in the evening, I gathered my courage and said. Most of the people get married anyway. So what’s wrong with Pari’s marriage? She said. It is not marriage but slave trade Mamdu. No conscience can tolerate such cruelty. I prolonged the conversation and said. What do you mean by the slave trade, Yani Apa? She replied. Even though this oppression continues in different forms today. But systematically selling black African slaves to the United States began in the fifteenth century by the Portuguese and some Spanish. British merchants joined the notorious trade in the sixteenth century. And then they took it to its peak and made a maximum profit. By the eighteenth century, six million Africans were sold to the United States. And about three million died on the way. British trade was responsible for at least every third slave. They carried weapons and brandy on their ships from Britain and sold them to local rulers and traders in African countries such as Angola and the Congo, and enslaved their political opponents, prisoners and sometimes innocent black people from villages. Then they forced them to walk for hundreds of miles to the port prisons they called factories. These innocent people were then treated like animals and were taken to America in four square foot cages. In this seven-week journey, about fifteen per cent of slaves died of hunger or disease or trying to escape. In the United States, they used to sell these slaves for liquor and sugar, and bring wealth to Britain and make a lot of money. This cruel business had indeed strengthened the British economy. In the United States, these slaves were treated cruelly. Forty-eight hours of continuous labour were taken during the harvesting season. Eventually, some fugitives and rebel slaves formed an organization called the Sons of Africa in England. They wrote letters against this atrocity to awaken the public conscience. The first demonstration against the slave trade was led by Takei, who was himself a slave. When the public opinion began to pave the way, a committee was formed in 1787. Then the largest public demonstrations in British history forced the British Parliament to ban the slave trade. Then this abominable trade was banned in the United States as well, and the disgusting business that continued for four and a half centuries was ended… To be continued