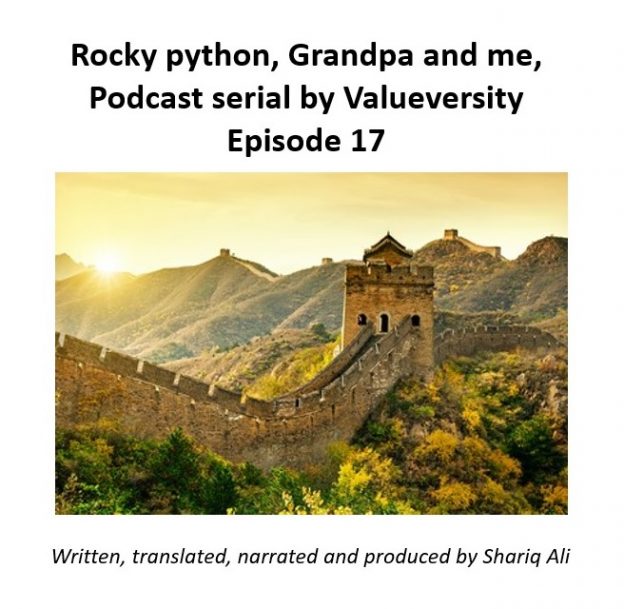 Story of the wall built, rebuilt and extended over 2,000 years by many dynasties and kingdoms

The rain stopped and suddenly the sun came out. I and Yani Apa was quickly finishing off ice cream leaning against the museum wall made up of carved stones. It was prohibited to eat or drink inside the building. The magnificent architecture of the Neringabad Museum made of yellow stones in the backdrop of the soaked green grass of the spacious lawn seemed like the magical palace of an animated film. The central dome, both sides of the sanctuary, arched walls, windows stained with coloured glass, stairway leading to the steel door. I punched the stone wall lightly with my fist and said. Is the wall of China as strong as this one? Yani Apa said. Ancient buildings represent the hard work, skills and affection of the workers and architects who built it. A king named Qin Shi Huang was probably ordered to build a wall to protect China’s northern borders, in 221BC. The construction of the wall continued during the time of the Ming Dynasty from 1368 to 1644 AD. This is the wall that is still preserved. It is said that one million people were killed in its construction and most of them are buried underneath. First made of clay and stone and later brick, it is not just a wall but a series of seven thousand checkpoints, a wide road above and a series of residential and smoke signalling buildings. Its width is fifteen feet in most places and thirty-three feet in height. Many military settlements were set up near it so that immediate defence could be made possible in the event of an attack. What is its length, Yani Apa? I asked. It is the longest man-made building like a rocky python and is five thousand five hundred miles long. One of the seven wonders of the world and the only human-made building visible from space. I said. Grandpa told me that the hand cart was first invented and used in China. It would not have been possible to have built this wall if the hand cart was not invented. Correct. Yani Apa replied. How nice it would be. I said in a serious tone while looking at the sky If flying shoes are invented soon and I and you fly along the wall of China, through thick forests, plains, deserts, rivers and cities, reach the highest point on the wall that is five thousand feet above sea level. She said nothing. Just smiled at me, and we both walked to the museum door… To be continued