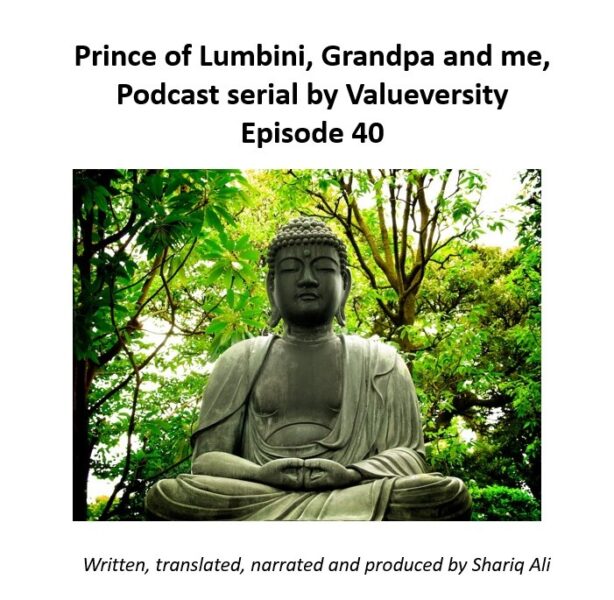 The middle-aged white male with intelligent eyes said Hi to me. He first confirmed the flight in Dutch English accent. Then he put the backpack aside and sat down on the bench with me. Uncle Patel was talking about his recent trip to Nepal. He continued. In front of our bench at Kathmandu airport, the top of the wooden counter said Baihrava. A small town in the foothills of the Himalayas near the India-Nepal border. This was our destination in the first place. Then I planned to go to the mountainous town of Tansen. And he had to go to Lumbini, the birthplace of Buddha, by foot for pilgrimage. The conversation revealed that mountaineering is his hobby and Buddhism his way of life. Until two days ago, he was trekking in Namache Bazaar. And arrived in Kathmandu today. When the bus arrived, we reached a 12-seater plane sitting next to each other. And climbed the four-step ladder inside the plane. A total of eight passengers, two pilots and one air hostess. When the plane took off, it felt like a noisy minibus is taking off in the air. The sound of the engine was so loud that it was difficult to have a conversation. The expert pilot dodged the mountains as if he is playing hockey. The plane reached the height and flight became smooth. Airhostess served a small paper glass containing three sips of Pepsi. By the time of landing, the landscape had changed altogether. Flat fields like outskirts of Delhi and Lahore. The airport was as small as a coach station. Outside, the car and driver was waiting for us. A skinny young man with a wide smile and prominent red-stained teeth. Evident of continuous pan chewing. When I invited the Dutch for breakfast, he agreed immediately. We drove through the small town, shops on both sides of the main street. We stopped over in a small restaurant recommended by the driver. After finishing a delicious chana bhatura breakfast, we enjoyed the refreshing Nepali tea. I asked about Buddhism and he said. Prince Sudharata was born two and a half thousand years ago in Lumbini, twenty miles from here. All comforts of life available and many slaves present to serve. When he grew up, he had a separate palace to live with his beautiful wife and son. For no clear reason, the focus of his thinking was on the sorrow of human life. Frailty with age, disability, illness, physical pain and death. The mind could not unravel the entanglement of sorrow. One day he saw a vagrant. No worldly possession but so much peace. It amazed him. The prince decided. The decision to give up the luxury of life, his dear wife and son. He travelled all over the region from village to village for so many years. He was in search of true enlightenment. He was about to give up exhausted with disappointment. He found the answers while sitting under a fig tree. He achieved Nirvana, the true enlightenment. He became a Buddha. Four golden truths and eight instructions. The fate of human life is misery. The cause of suffering is human desire. If you want freedom, hold on to the truth and fight against evil. Kill the desire for pleasure and power. Do not hurt anyone. Respect life, moral principles and natural resources. Never choose a profession that harms human beings. The rock does not move with the wind and wise man neither with praise nor accusation. Hatred can never kill hatred. Only love can do such a miracle. Conquer feeling and thinking with the practice of focusing. Balance is the key to success. Then his disciples spread the message far and wide… To be continued​