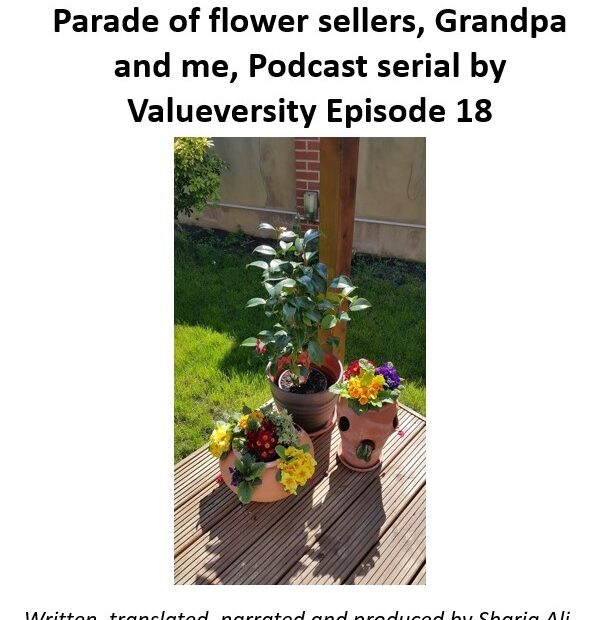 Hindu Muslim harmony in India is vanishing fast because of the fascist current regime. This was not the case always

We came out of the movie theatre late at night and with a heavy heart. A painful flashback of the scene when a Maulvi kidnaps a minor Hindu girl and forcibly convert her religion and marry her. Or when on the other side of the border, some Hindus stab a Muslim on suspicion of eating cow’s meat. I had a night full of nightmares. Next morning when I arrived at the breakfast table, everyone was already there. When the last night film came under discussion, Grandpa said. The barrier of hatred protects the interests of the rulers and torment the common people. Religious hatred first damage the economy and then countries are fragmented. A shiny example of religious tolerance is a Hindu-Muslim festival in Mehrauli, Delhi, called Parade of the flower sellers. Tell us about this festival, please. I said. Grandpa said. In every monsoon, Hindu Muslim florists celebrate this historic festival as a symbol of harmony. When the British Raj appointed Bahadur Shah Zafar as royal Mughal representative, his half-brother Mirza Jahangir got furious and fired at the Resident Bahadur. The bullet was ineffective, but Mirza Jahangir was imprisoned in Allahabad jail. Mirza’s mother prayed and promised to God that if her son is freed, she will walk barefoot from the shrine of Nizamuddin Auliya to the shrine of Bakhtiyar Kaki in gratitude. Her prayers got accepted, and she did exactly what she promised. This festival is a memorial to the same event. Then it gradually became a symbol of Hindu-Muslim harmony. Jawaharlal Nehru heads the revival of this festival. He gave it a new life in 1962. When the procession begins from the shrine of Nizamuddin Auliya, local dancers and musicians playing melodious pieces of shehnai lead it. Both Hindus and Muslims participate with even enthusiasm. Then the procession reaches the temple of Durga Jaga Maya and decorates the temple with colourful sheets and floral fans. Moving further, the procession ends at the shrine of thirteenth-century Sufi Bakhtyar Kaki. This shrine is also decorated with floral wreaths and fans. The festival, which continues throughout the week, also hosts music, Kathak dance, poetry, qawwali and kabady at Jahaz mahal and Hoz Shamsi of Mehrauli. Kite flying competitions are held. Nowadays, the Chief Minister of Delhi has also been offered flower fans and wreaths so that the patronage of the festival remains intact. When I was young, this festival used to be a symbol of Delhi’s cultural diversity and harmony. I do not know whether this tradition of celebrating cultural diversity is still alive or no more… To be continued