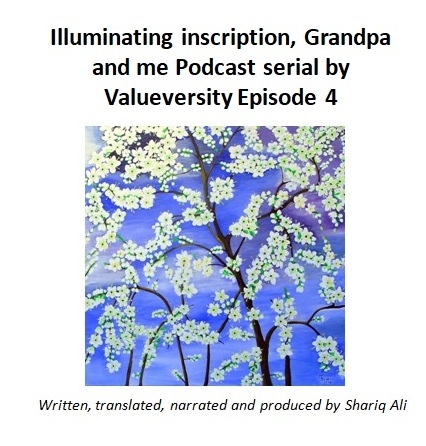 ” Two things fill the mind ….. the starry heavens above me and the moral law within me.” Enjoy the story of Immanuel Kant

Illuminating inscription. Grandpa and me. Podcast serial by Valueversity. Episode 4

We had dinner at the study and were lost in reading books just before going to bed in our rooms. It used to be our routine when Grandpa was busy reading and writing. I felt the need for a chat. I put my Harry Potter aside and loudly read the title of the book in Grandpa’s hand “Critique of pure reason”. Grandpa realized what I want. He smiled and said. The story of this writer is more interesting than Harry Potter. When I sat up to him. He said. Emanuel Kant was a very organized man born in 1724, in Konigsberg, Prussia, or what is now known as Kaliningrad in Russia. People in his town used to set their watches following his daily routines. He apparently led an uneventful life. Neither got seriously sick nor got married or travelled far away. Nevertheless, he proved to be a great philosopher in human history. Some philosophers of that time called Empiricists considered the human experience to be the basis of knowledge. Others, called rationalists, considered rational reasoning as a source of knowledge. Kant, who spent his entire life thinking about reality and the human mind, came to a different conclusion. He says that it is not possible for the human mind to understand full reality. Because we only know the truth that reaches us through our mind. The automatic system of our mind changes the reality to make it comprehensible. The human mind is compelled to see reality through the spectacles of time and space. This is the only insight available to human beings. That is why the actual reality is far from the reach of human experience and rational reasoning. He considers faith in God’s existence as unconditional and above rational reasoning and proof. Rather, faith in God, he advocates, is the moral responsibility of all human beings. He says that the principles of goodness and universal morality apply to all of us without discrimination. Kant left the world at the age of eighty. The tombstone of his grave is illuminated by this inscription. “Two things in life surprised me, the star-filled universe, and the universal moral principles inherent in the human spirit “…….. To be continued