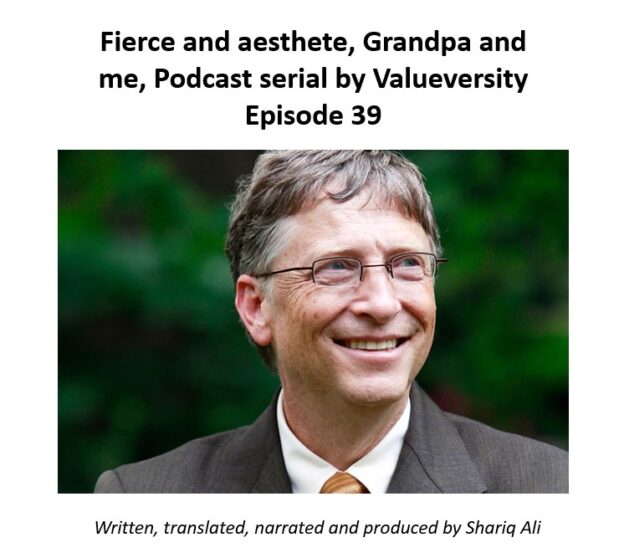 Story of a man who can face the fiercest competition and committed to serve the humanity.

From the steps of the Lincoln Memorial, we could see the entire area ending at the Capitol Hill. A two-mile-long walkway guarded by rows of dense trees. The famous Smithsonian’s and other world-renown museums and government buildings on each side. And many national monuments between. This is National Mall and ends at Capitol Hill. Yani Apa was recounting her study tour to Washington. Our group entered the Lincoln Memorial. A white marble statue of Abraham Lincoln, who united the nation during the Civil War was in front of our eyes. The statue was so elegant and thirty-three feet high. After a brief speech of appreciation, we took group photos. We stood where Martin Luther King Jr. delivered his fiery speech. I have a dream. Did you meet Bill Gates? I asked an out of context question. No, I did not. She replied. But his story is so interesting. When she noticed I am interested, she carried on. Bill, who is now 61, was a playful boy from a prosperous Seattle family. Eager to study and well versed in science and arithmetic. Very competitive and hardcore. He learned computer programming at the age of thirteen. At that time, there were only large size computers in the world. General Electric gave his school access to a large computer. So began the fundraising campaign for television-sized monitors. Bill Gates wrote his first computer program, tic-tac-toc, using computer language basics. This made access to large computers possible and easy. Then he developed his computer version. His favourite board game Risk influenced him, which seeks to conquer the world. Then he befriended Paul Allen. Together they tried to hack government computers but caught. They had to face the probation. Later, the same government computer company hired them. 17-year-old Gates and Allen helped them to improve their software. They earned twenty thousand dollars from this project. Uncle Patel also joined the conversation and said. In the Harvard entrance exam, he scored fifteen hundred and ninety out of sixteen hundred. Steve Ballmer became his friend at Harvard. He has been Microsoft’s boss since Gates’ retirement. Meanwhile, Paul Allen left college and gave the same advice to Gates. He left Harvard to form the software company Microsoft. Then IBM invited him to write a personal computer program in 1980. Microsoft retained the licence for the operating system MS-DOS. In 1980, Microsoft had 25 employees. And now more than ninety thousand. A focused, determined and able man with childlike innocence and smile. Bill Gates is able to face the fiercest competition. That made him the richest man in the world. In 2006, he announced that he would dedicate most of his wealth and time to charitable causes. Such as polio, AIDS, and tuberculosis. He still holds the highest position and job in the world. To serve humanity… To be continued