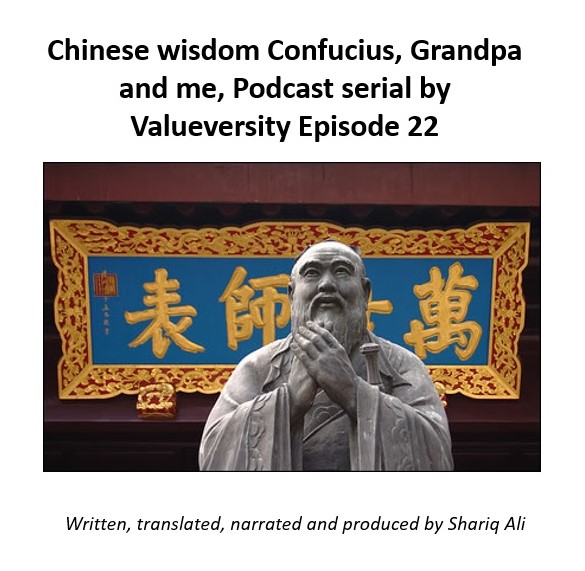 Story of the Uncrowned King of China. A philosopher whose sound bites of wisdom serve as a code of personal morality and handbook on government

The shortcut through the jungle was quite narrow. We had tons of small tree branches on both sides of the path and withered leaves under our boots. Babul was familiar with this shortcut and leading the way. Yani Apa wearing blue jeans, purple top and joggers was following him. Her beautiful long hair with a matching clip was moving like a pendulum on each step. I was following both at the back. Our destination was the lake where Grandpa and Uncle had been fishing since morning. I am sure you remember Babul? My best friend in Phoolbun who helps his parents in the fields. I felt good when Yani Apa and Babul became friends and liked each other. But now, it is a burden on my chest when I see her appreciating him when he swims or climbs trees faster than me. When the wilderness was clear, we started walking along. Yani Apa said to Babul. The passion for reading and writing can beat poverty. The story of poor Confucius born in China in 551 BC is a good example. He became an orphan when he was three. In those days, regular education was only available to the rich. He was a poor shepherd. He accompanied and served rich scholars during their journey to other cities. This was his learning and educational experience. He then got access to the Royal court and achieved further education. First became a secretary and then a prominent scholar. At the age of 23, he began educating others as a teacher. Then he became the judge of the city. When the crime rate went down, he became the Minister of Lu, a province of ancient China. Thus, the moral values and rule of law prevailed throughout the province. At the age of fifty-six, he travelled with his disciples to distant places to educate masses. Influence of his doctrines on Chinese culture from 200 BC to 1911 AD is very profound. When we reached the shores of the lake, Grandpa also came up and sat with us on the grass leaving his fishing rod behind. He said. Confucius did not leave any writings. But his disciples saved his teachings in the form of Analects in 400 BC. He never claimed to be a religious leader. Nor is his teaching any religion. He regards moral human conduct and personal dignity as the cornerstone of society. He says that rulers must become a role model to create a better society. They should be honest, obedient to rule of law, peaceful and able to make wise decisions. He considers discipline and ethics important. Even if people label and perceive us as naive. Confucian teachings still have some influence in present-day politics and system of government. His golden rule was to do what you expect from others. He left the world at the age of seventy-two… To be continued