Effective education can be life saving and transformational 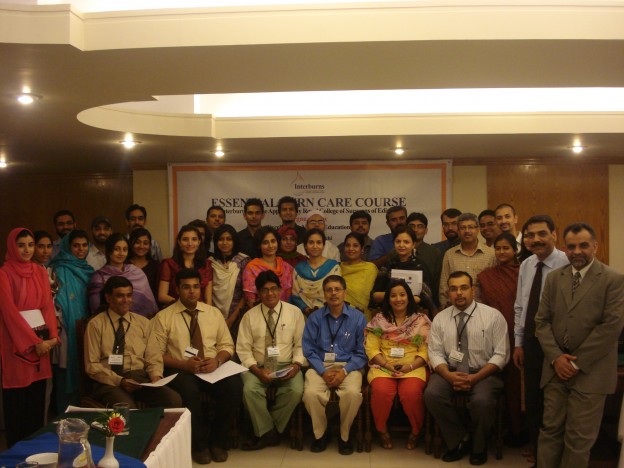 I would like to share the following email and the article written by one of my medical student who attended one of the Excellence in Medical Education (EME) workshop in Karachi, Pakistan. This highlights the basic philosophy of Valueversity that an effective education can be life saving and transformational.

I had an experience where I was able to apply the principles of First Response and BLS that you taught us. It was a public place and nobody there was ready to help. I wrote my experience about it which I am also posting on your Facebook and here.

Please give it a read. Thank you again for inspiring us to save human life. Your contribution to society will always be remembered.

The following is the verbatim from the above link of Jahanzeb’s article in The Express Tribune:

A little knowledge and its due application can make a difference in someone’s life.

I was enjoying a wonderful meal at the new food street on the pier with my family last week when I heard people gasp as two men carried another young man to the green sidewalk. They dropped him and disappeared. My first thought was this man had fallen into the water – but I was wrong.

I rushed to assess the casualty. Eager spectators had gathered around the young man – some of them instructing others to perform maneuvers which were extremely contraindicated in the given situation. I pushed through the crowd only to find the young man hyperventilating, followed by loss of consciousness. Before I knew it I was ‘in control.’

There seemed to be no one, out of the 200 plus people present, who knew how to handle an emergency situation – or they just did not act. Most just stood and watched what happened in the next 20 minutes – the longest 20 minutes of my life.

I shouted at someone to call an ambulance while I assessed the airway, breathing and circulation. Someone said the young man’s name was Wasim. He was a kebab maker at the restaurant, and had collapsed suddenly while cooking in the hot, humid night.

I called out to him but there was no response. Before I knew it, he had stopped breathing. My mind was racing at the protocol I have rigorously practiced on mannequins as a certified first responder. This was the moment to act. I checked the airway, it seemed clear but he was not breathing. The chin lift-head tilt did not help.

Next thing I knew, his pulse was rapidly falling. I had to make a decision within the next few seconds. Clearly, I could not deliver mouth-to-mouth since I was  and since about to start chest compressions and no one was accompanying him.

I asked one of the guys to raise Wasim’s legs to help the shock he might be in. Fortunately, and with quite a show of bravery, my uncle who was present at the scene offered to breathe him. Then followed aCPR, which went on till we had a response. Twice he gained consciousness and took a couple of breaths, but then again stopped breathing.

We did close to eight cycles of CPR till the Edhi Ambulance made its well pronounced loud entry in to the scene. Two workers came out with the stretcher and whisked him away before I could say a word.

The last I could see to my extreme disappointment was the lack of an oxygen cylinder in the ambulance. Furthermore only one person sat at the back with Wasim and I wondered how he would handle resuscitation.

As the ambulance left, everyone around me seemed to heave a sigh of relief. Some people came forward to ask me his chances of survival. Disappointed as I was, I just shook my head to most people and asked them to pray. I hoped that the closest ER of the hospital would give him the oxygen which I thought would reverse his symptoms.  My basic fears were carbon monoxide poisoning or a heat stroke. Bothcould be lethal if not managed properly in an ER.

How to react in emergency situations

This experience taught me a few things:

1. In an emergency situation, there is no use of bystanders, unless you are calling for help, or helping clear the way for traffic etcetera. If you are not useful, kindly continue to do what you were doing and do not clog and confuse the situation.

2. We have a terrible ambulance system. Our ambulances are mere taxis that help move the injured from one place to another (I mean Edhi, Chippa and KKF etc). The exception to these is the Aman Foundation Ambulances which are fully equipped including paramedics. There may be more, but not within my knowledge.

3. We lack a First Response center which uniformly co-ordinates emergency situations. For example in this case, someone called Edhi – the ambulance took 25 minutes to reach the site. This is not at all efficient. When I left the place I noticed a Chippa kiosk right around the corner – and I could not be more disappointed. Had we contacted Chippa, it would not have taken more than three minutes to reach the site. A simple helpline could designate the site of casualty and direct the closest ambulance service to reach over radio.

4. We need to train as many people as we can to deal with trauma. This incident is not the first of its kind in a public place. I am sure there has been loss of life before because of unavailability of medical care during the first few crucial minutes of trauma. As First Responders, we plan to teach the medical students of Karachi the basics of First Response and Primary Trauma Care. These Medical Students would be vectors to teach to a larger population of individuals, thus creating a safer place for the citizens.

5. Public entertainment places, like food streets, malls and dining restaurants should have first aid facilities – at least an artificial respiration material. Emergencies can take place anywhere. A common incident of choking could be life threatening if not managed properly.

Two day after the incident, a friend of mine visited the same food street. I had avoided thinking about the probable death of the young man by not reading the newspaper. But, I couldn’t resist asking her to find out his fate from the restaurant.

My heart leapt in delight when I heard the news. Wasim survived and was actually back to work, grilling kebabs at the famous eatery. I could not believe it.

I am glad a little knowledge and its due application saved someone’s life.